Corsola has a hidden ability that peeked my interest. "Regenerator" Heal 1/3 of your total hp when switching out. Paired with 1 of its 2 potential normal abilities, like "Hustle"(+50% attack damage for -20% physical accuracy) it could be very useful for coming in swinging, killing/taking a hit, and coming back out later. Paired with a general move set to kill the usual heavy weight threats. IE, Ice beam/Water pulse etc, with Return as the nuke for physical use.

Corsareef, while giving more hp/def/spdef in this evolved state, gives no more attack, and actually LOWERS its speed. The slight increase of 5 spatk is negligible in such a build, on top of losing the Regenerator ability from evolving.

What do you guys think? I haven't been the biggest fan over the years of pokemon, but have always enjoyed it. Do you think Corsola is better in this role, and should not be evolved? You could go for a tankier Corsareef build, but for this build, would you stay as Corsola?

Want to know if this is a viable use of Corsola as a whole before going out of my way to catch a bunch for the specific stats/abilty rolls. As well as what EVs I should get?(Spd/Atk?) Bonus Question: Would Netball catch Corsola easier? It works on water/bug types, but I am unfamiliar of whether dual types effect these catch rates. 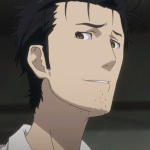 The main (and probably only) reason to use Corsoreef is its ability Sharp Coral, which, "Halves defenses but doubles attack power. Works similarly to huge power, but doubles both atk and sp.atk and halves both defenses."

This makes Corsoreef a glass cannon, and a ridiculous trick room threat. If eviolite is in the game (I have no idea whether it is or not), then Corsola does better as a defensive mon.

Ooo, didn't notice that ability actually. Kinda a big oversight I guess haha. With Speed EVs, do you think Corsareef would be able to attack first often enough? Outside of facing fast Pokemon in general.

In competitive play with it's base speed of 25 I highly doubt it.

Aww, alright. Thanks for the help guys

I tried making corsareef good, it only is decent in a trick room team for now. I think regenerator is the lines HA not just corsola's. But yes a natural cure/regenerator corsola is better because evolite is in the game.

Yeah, I struggle to see the competitive value of Corsoreef without the assistance of Trick Room or if used in a double battle with an ally who is the center of attention, but I don't know if there are any canter of attention invoking moves in Uranium.  The closest thing I can think of is the Lightning Rod ability, which would at least protect Corsoreef from super-effective lightning attacks.


(I don't even know if you can do double battles in Uranium.)

Not sure, but seriously even in trick room a mach punch can OHKO it.

You cannot to competitive double battles yet but there are some spots in game that have weirdly formatted doubles.