Okay, I realize this may not bother a lot of people, but my experience with Uranium was increasingly more and more unpleasant.
Firstly, I downloaded Uranium to be a mystery and an adventure where I didn't already know what was gonna happen, what types pokemon were, what level they evolved at or what they evolved into. The biggest thing I looked forward to when catching pokemon was finding out what they evolved into on my own. So I decided against coming online and looking up the pokedex or anything like that.
The thing is the game ruined it for me all on its own. The first couple times I was like eh ok maybe this is just a sign I'm not leveled enough. But oh my god, it was like one after another evolutions were being spoiled for me. My original team and the team I still have is my starter, Barewl, Grozard, Kinetmunk, Smore, and Baashaun.
Every single one of their evolutions so far other than Smore has been spoiled for me, and I've tried really hard to level them up to their mid twenties now and they just won't evolve before I end up running into a trainer that already has their evolution. It just frustrated me that the joy of experiencing the evolution was taken away cause I already knew what they were going to be...it's like seeing all the new pokemon before a new pokemon game is released.

Next, the encounters. There are so many encounters, you can barely travel far without running into pokemon it feels like. Trying to get back and forth thru route 7 while progressing and healing was a nightmare, since every single square on that map can yield an encounter.

Lastly, the damage equalization is a mess from what I've seen. Some pokemon do insane amounts of damage from a tackle, or a bite. Examples would be Kinetmunk and Tancoon. Some attacks that have the same damage (i.e. Wing attack and aerial ace) won't do the same, one is significantly better than the other. In this case aerial ace. I'm really glad I didnt nuzlocke this game, because some situations are almost as if I turned this game on hardcore mode and even wild pokemon can 2 hit my team.

Unfortunately this frustration has left me to decide not to complete this game, but I wanted to leave my feedback in case the game is still in further development. Ease up on the difficulty or at least make it easier for people that chose not to play in nuzlocke mode. And if evolutions are going to be so high level to reach, maybe give them to trainers further down the road, because that really turned me off to this game.

..Also, opponent Gligars dont work. It won't attack or even process a turn and it'll just loop back to your own turn.

I'll make this short. Uranium is still in BETA and alot of things are still being tweaked and processed. Creating a game is not an easy task at all (I've started working on my own game and I know this from experience now) and as any other game that hasn't been released out of beta will have a few problems here and there. 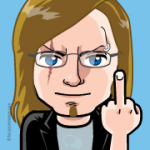 I realize that? That's why this is the suggestions area. I gave my frustrations, I gave a short and sweet suggestion in the bottom paragraph, and that's that.
I was in no way knocking on the developers' experience with making games or that it should be easy. My whole post had to do with my unhappy experience with this game, and why.
So telling me that the game is gonna have problems didn't really add to the situation x:

If you're unhappy with the game at this point in time, well that's too bad. There is no solution for you unless you wait until the game is completed.
Also try looking at Frequently Asked Questions/Known Bugs - READ BEFORE POSTING NEW THREADS!

I understand your frustations, hopefully you can understand my side as well, it's hard to make a game as balanced as I want (not stupid as the canon games, but not as hard as fangames like Reborn). What you're describing is generally a problem with pokémon that has 2 stages, their problem is that their basic stage is generally too weak and I got to five trainers their evolved form to make it any challenging after a certain point in the game. HOWEVER we already lowered some of the evolution levels for these early game pokémon.

Kinetmunk and Tancoon do decent damage with tackle because it's STAB and tackle BP is actually not bad (75), so there is nothing wrong with that. There is nothing wrong with damage calculation, it follows the EXACTLY same formula as the original games, Aerial Ace and Wing Attack do the same damage on average, you must have had unlucky rolls that made them look different (also, gauging damage by only seeing that bar is quite hard)

I've also lowered the encounter rate on Route 07, I agree, it's annoying to walk around there without a Repel.

And no, I won't make the game easier, I think it has the right dose of challenge to it. I've seen numerous let's players that are really young (12-15yo) beat the game without much problem, however I'll take your points into consideration, mainly the evolution spoiling problem you had.

Thank you JV for your considerate reply compared to the previous member. Know that my intention was not to bash your ability to make games.

Tho regarding your statement of challenge, there's some areas that in my opinion could at least be rethought? Like the trainer with the level 21 Primeape that has high speed and high damage, it went from trainers with decent strength pokemon to this insanely powerful beast that took out 5 of my pokemon, and I only won because my last pokemon knew quick attack. It seems to jump like that alot through the game and that was my point about the difficulty. The whole game isnt hard there's just random spikes of "wtf" that happen. So I couldn't imagine diving into this game in a nuzlocke because in my eyes my level 21 Eshouten should have been able to live a hit from that primeape in any other game. Does that make sense why I feel how i feel? :/

No offense was intended, mate. I just say things straight and to the point. A lot of people tend to read too much into it. \m/

I would like to say that with regard to the evolutions I do find that a somewhat silly complaint myself, as the majority of the time you run into pokemon or evolutions in the official games before you can possibly have them yourself. That being said, baashun evolves at 22, grozard evolves at 22, kinetmunk evolves at 14, smore uses a fire stone, and barewl evolves at 24, so none of those is exceptionally high. I'm not too far after the second gym on this playthrough, which is the farthest I've gotten so far because I had some save file issues, and I'm already reaching those levels. I do feel you're overreacting a bit personally, especially given that the official games do things in a very similar way, but I thought you may want that information so that you're aware you might be a bit underlevelled for what you're facing if none of your pokemon have evolved when those are their evolutionary points.