Limits on GTS and Wondertrade

Limits on GTS and Wondertrade

So we all know about the GTS Fodder and Wondertrade Fodder, freshly caught pokemon who are available early on. Most of us have done it.

What if there was a part of the code that helped alleviate this. It checks how many pokemon have been traded (wondertrade), and how many are up for trade (GTS).
It checks how many per species, and which pokemon are highest in demand on GTS.

The game could give an incentive to trading pokemon, say you put up a pokemon for trade that is in the highest demand, but not in the top 10 (of pokemon on the GTS), you get a small sum of money given to you, enough to buy a few ultra balls.

Additionally, say there 30 Tonemy and 30 Chyinmunk on the GTS, and 2 of every other pokemon. That makes nearly 25% of the GTS just Tonemy and Chyinmunk.
So why not have it say "there are too many of that pokemon on the GTS" when trying to deposit a pokemon that is ranked in the top 3 of GTS deposits. The minimum value for a pokemon to qualify for ranking is 5, and the top 3 that are banned is 8+.
The numbers can be expanded once we're dealing with larger player populations.

Additionally, players could be compensated a small deal when sending a pokemon in an uneven trade, or when fulfilling a trade on the most deposited pokemon. 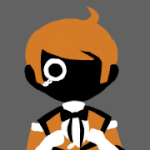